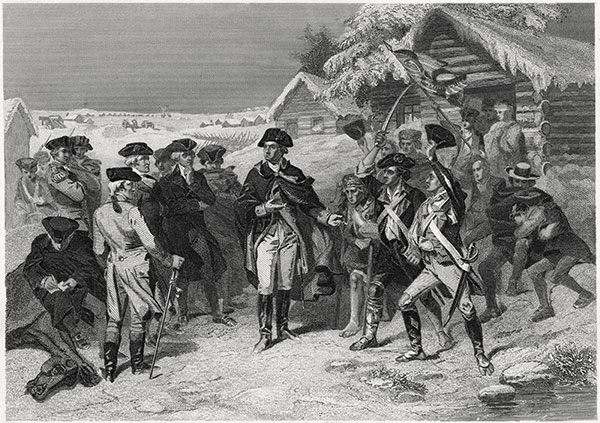 I am a registered member of the Sons of the American Revolution. Two of my ancestors were enlisted as privates in the Pennsylvania Militia and fought in the Revolutionary War under General Washington.  Before enlisting in the army, they were farmers.  This was true of most others who fought with them.  At the time of the revolution, America was primarily an agricultural society.  Farms and farmers were the primary producers of wealth for the colonies.  Manufactured goods were imported from England and paid for with the currency gained from the sale of farmed commodities.

After the colonies declared independence and refused to pay taxes to the king, an embargo was placed on many of the manufactured goods that had been sent from England to the colonies. The result was that Americans had to improvise and to innovate. It is true that many of the earliest innovations in the first American industrial revolution began with copies of inventions already used in Europe. Samael Slater, credited as being the father of the American industrial revolution, copied many designs for early textile plants from ideas he had seen in England. The same was true in the American iron industry.

The Second Industrial Revolution included many improvements in transportation, but also the invention of advanced items like the telephone, electricity, the electric lamp and the internal combustion engines. Automation became the norm in manufacturing.  The Third Industrial Revolution was only in the past half century, when digital technology came of age.  Again, this was predominately driven by American firms and American innovation.

Independent of how we define the Fourth Industrial Revolution, we can be fairly certain that it wouldn’t have happened without the foundation built for it by the first three. American contributions to industrial technologies would not have been as dominant in any of these had it not been for the first revolution, the American Revolution. It was this revolution that drove Americans to become independent thinkers, independent innovators and inventors. We have more to thank our militia ancestors for than just our freedom. They had a great deal to do with the quality of life we are now enabled to live. They freed American thinking as well as American living.