Wood Chucking or Engineering; the Choice is Yours 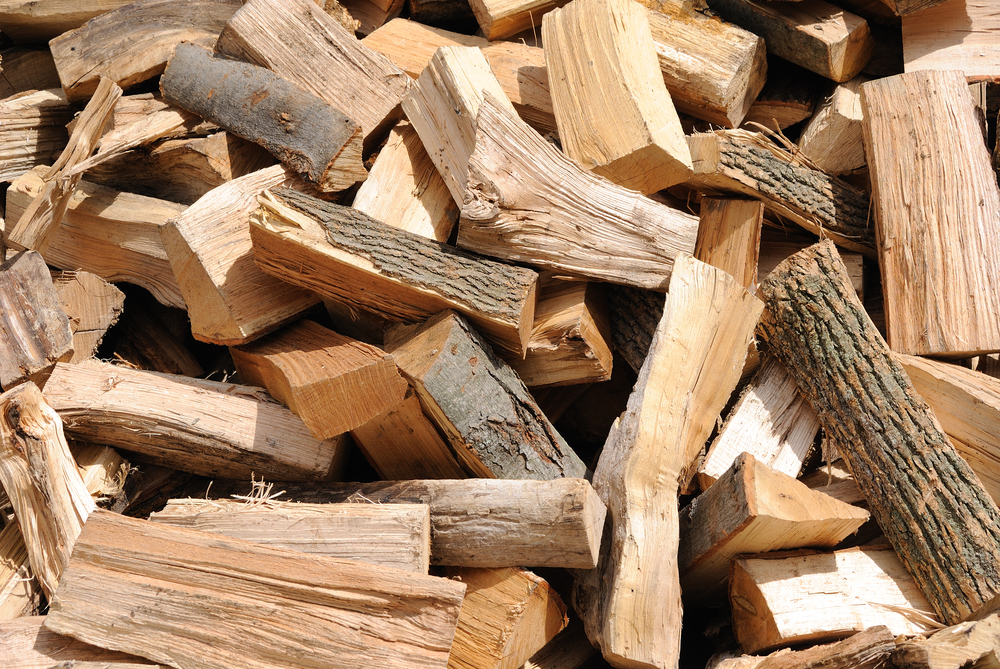 In today’s digital world it is hard to think of how things are still done the “old way”. The new way of doing things isn’t because the old way doesn’t work, but rather to make things easier or quicker. I am still a pencil and paper girl, if I need to take notes during a meeting, I am writing them the old-fashioned way, and then typing them up later. This was my process all through college and grad school, and I think helped me not only learn information, but retain it. Although, I am not one to fight efficiency, so the majority of what I do takes full advantage of digital tools.

I challenged a few of the engineers here at Optimation to tell me why they became engineers. Selfishly, I wanted to understand how “the other side” thinks. For someone like me, who is much more right brained than left, it is astonishing some of the things my new colleagues do every day! They are changing the world, and making it a better place, one innovation at a time.

I had the pleasure of typing up this blog for Phil Piurkoski. Phil stopped by my desk and dropped a 5-page handwritten blog to me on his story on how he became and engineer. At first, I had to giggle, thinking to myself “now I have to type this!”. Phil is 81 years old and just celebrated 55 years in the work force, 27 years at Kodak and 28 (so far) at Optimation. His story is incredible, so I hope you take the time to read it. Pictures of his handwritten version are throughout, enjoy! 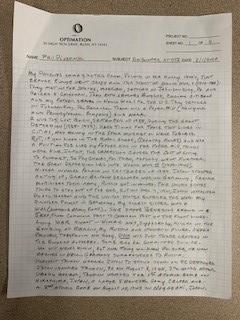 “My parents immigrated from Poland in the early 1900’s, just before Europe went crazy and the start of World War I (1914-1918). They met in the states, married, settled in Johnsonburg, PA and raised five children. They both learned English, became citizens and my father served in WWI for the U.S. They settled in Johnsonburg, PA because there was a paper mill (New York and Pennsylvania Company) and work.

I was the last born, September of 1938, during The Great Depression (1938-1939). Hard times for those that lived in cities, had money in the stock market or were jobless. But, if you lived in the rural areas, (country folks) and had a full-time job like my father had in the paper mill, things were fine. In fact, the depression caused the cost of living to plummet, so pay checks, for them, went further. The Great Depression led into World War II (1939-1945). Hitler invaded Poland in September of 1939. Japan started acting up, Great Britain declared war on Germany, France mobilized their army, Russia got involved. The United States tried to stay out of this war, but on December 7th, 1941, Japan attacked Pearl Harbor and the United States entered the war. My brother fought in Germany and my sister was a WAC (Women’s Army Corp). She drove generals around in a jeep from command post to command post on the front lines.

The paper mill where my father and brother worked owned the forest land in the county. This land contained many types of hardwood trees that the mill needed to harvest for use in their paper making process. The soft word they required in their process was purchased from Canada and came in by rail. To harvest the hardwood trees the mill hired contractors to cut, split and deliver the hardwood to the mill. 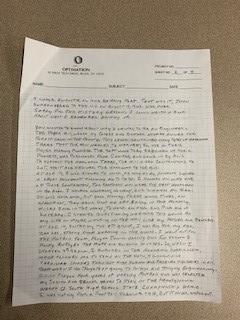 At age 13, I could work if my parents signed a legal document allowing me to do so. I hooked on with one of these contractors, two brothers who were the best woodsman in the area. I worked weekends, holidays, and summers for them. It was hard work, but it was good money. There were times on the weekends they would drop me off early in the morning’s miles back in the woods to work an area and pick me up late day. I started questioning whether this would be my life or maybe working the mill like my father and brother.

At age 14, entering the 8th grade, I was big for my age, 200 pounds to be exact, strong from working in the woods, so I went out for the football team, and played junior varsity ball. In school I really enjoyed the math and science courses. So, when I started 9th grade I enrolled in the academic curriculum which allowed me to take all the math, science and chemistry courses through high school and received high grades in all. That’s when I had thoughts of going to college and studying engineering. I also played four years of varsity football and was selected my junior and senior years to play in Pennsylvania North v South High School State Championship Game. I was hoping for a football scholarship, but it never worked out. 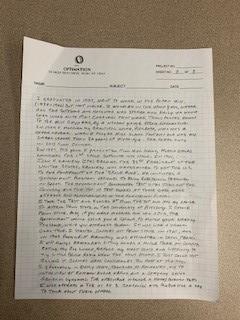 I graduated in 1957, went to work in the paper mill (1958-1961) but not inside. I worked in the wood yard, where all the softwood and hardwood was stored and daily, we would load wood onto rail carriers that were transported down to the mill chippers by a narrow-gauge steam locomotive.

In 1959 I married my beautiful wife, Barbara, who was a cheerleader when I played high school football and was my cheerleader through 56 years of marriage. She passed away in 2015 from cancer.

In 1957, the year I graduated from high school, Russia (USSR) launched the 1st space satellite into space. In 1961, John F Kennedy (JFK) became the 35th president of the United States. Kennedy was determined to get the U.S. to the forefront of the “space race”. He initiated a government program designed to bring electrical personnel on board. The government conducted test sites throughout the country and the top ten test scores, at these sites, were offered full scholarships in the electronic field. I took the test and scored second from the top and had my choice to attend Penn State or The University of Pittsburgh. I chose Penn State. Also, if you were married and had a job, the government would issue you a check to match your weekly paycheck while you attended school. It was like a dream come true.

I started classes at Penn State in 1961 and in 1963 President Kennedy was assassinated in Dallas, Texas. I will always remember sitting under a maple tree, on campus, eating my bag lunch before my next class and listening to my little radio when the news broke. I just could not believe it. Classes were cancelled the rest of the day.

I graduated in early 1964, traveled to Rochester, NY to interview at Eastman Kodak, Xerox and a company called General Dynamics. The interviews included a math/science test. I was offered a job at all three companies and requested a day to think about their offers. The next morning, I called Kodak and accepted their offer. 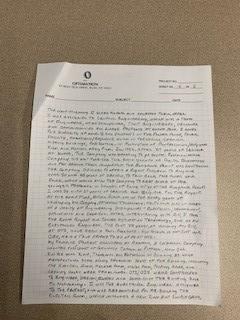 I was assigned to central engineering, which was a team of engineers of all disciplines that engineered, designed and commissioned all large projects at Kodak Park. I loved the diversity of work. I had projects in the power plant, toner facility, hazardous/explosive work in the various chemical making buildings, roll coating in production of professional/Hollywood film and making x-ray film.

In 1992, after 27 years of service at Kodak, the company started going south. Eastman Kodak Company did not foresee the rapid growth of digital technology and fell behind the competition. The Elmgrove Plant was shut down and the company decided to offer a buyout program to anyone over 50 with 25 years of service to trim back the older work force which would allow the company to keep some of their younger personnel in danger of being let go at the Elmgrove Plant. I was 54 with 27 years of service and eligible for the buyout. At the same time, William Pollock was in the early years of developing his company, Optimation Technology. Mr. Pollock needed a variety of engineering disciplines; electrical, mechanicals, structural and chemical. After interviewing with Bill, I took the Kodak buyout and joined Optimation Technology, Inc. as an electrical engineer. The past 28 years of working for Bill at Optimation have been a real pleasure. Bill Pollock is not just our CEO; he is a true friend to all of us at Optimation. 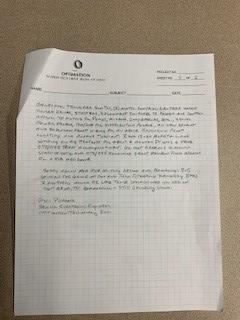 My favorite project occurred at Arkema, a chemical company just west of Geneseo college in Piffard, NY. In the year 2000 there was an explosion in building 35 which manufactured some nasty chemicals. Most of the building, including the electrical room, machine room, weigh room, packing area, and loading docks were demolished. Optimation was contracted to engineer, design, install and commission the building back to normalcy. I was the electrical engineer assigned to the project, and was responsible for re-building the electrical room, which included a new 2,000 AMP switchgear generator transfer switch (5) motor control centers which housed drives, starters, disconnect switches to power and control approximately 70 motors for pumps, mixers, compressors, etc. 480 vac power panels, 120/208 vac distribution panels, all new conduit and explosion proof wiring for all above. Explosion proof lighting and alarms throughout. I had 15-20 electricians working on my project for about 6 months. It was a true Optimation team accomplishment. We met Arkema’s scheduled start-up date and Optimation received great reviews from Arkema for a job well done.

Sorry again for the history lesson and rambling. But, without the grace of God and John Fitzgerald Kennedy I probably would be like those woodchucks you see on that Geico TV commercial – still chucking wood. 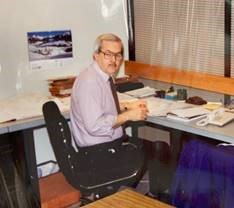 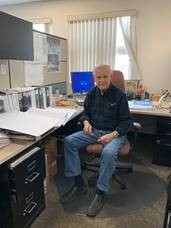 Want to work with Phil? Contact us today to engage us in your next project!