The Impact of Rising Interest Rates on US Manufacturing 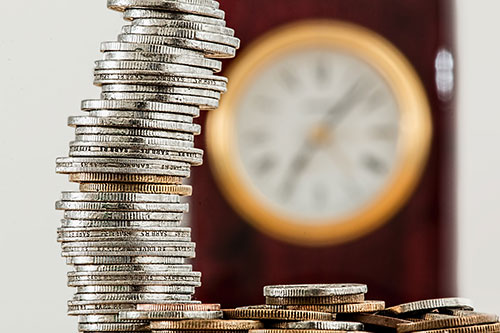 In February, 2009 the US economy hit a new low and in an effort to spur it along the Fed dropped the prime interest rates to a historic low of 3.25 percent.  It stayed there for seven years and is just beginning to rise again, but slowly. Money has been cheap and abundant. In spite of this there has not been enough demand from the manufacturing sector to use all the available cash as investment capital to build new manufacturing infrastructure.  Suddenly, in the spring of 2017 we have a new interest in increasing US manufacturing capacity and building new manufacturing plants.  The initial investment will be made by large multinational well financed companies.  Many of them have available cash reserves and are only looking for good ways to invest it.  But the growth of these firms has a multifaceted ripple effect.  Smaller firms, which are suppliers to these mega-firms, will get to grow with the economy as well.  A rising tide raises all boats.  Perhaps the question to ask is how rising interest rates will impact medium and small business as well as individual consumers.

For smaller manufacturing firms and service firms working in the manufacturing sector rising interest rates will have a more dramatic impact.  It is true that the rates will increase slowly and many of these issues won’t have an immediate negative effect.  For the short haul the increase in rates will be negligible compared to the positive impact of increased capital spending and increased demand for goods and services.  For smaller manufacturers, higher interest rates may restrict growth.  Small businesses tend to operate with tight cash flow.  When interest rates rise, cash needed to repay loans can be difficult to obtain.  Businesses may have to delay paying their accounts payable which may restrict access to additional purchasing for new projects.  Additionally, expansion plans could be delayed and slow growth for the company.  Lines of credit and loans will cost more.  Higher loan payments may lead to a reduction in profitability, which can make securing future funding more difficult.  All that said, rising interest rates aren’t all bad news for small businesses. The Fed raises rates when it is confident that the economy is robust, which is of course the best overall scenario for businesses. We do see increased demand as a very positive thing.

There are three other areas to consider when looking at a rise in interest rates.  Each of these may reduce demand, which will decrease expansion or at least the rate of expansion, and in turn jobs:

First, a rise in interest rates is passed along not only to manufacturers but also to consumers.  As consumers try to borrow to buy more automobiles or other manufactured goods the cost, including interest, will be higher.  Ultimately they will buy less, having a negative impact on both housing and automobiles.

Second, as interest rates in the US rise, there will be more money flowing in from other areas of the world.  The result will be a stronger dollar.  This will, in turn, raise the price of US manufactured goods overseas and reduce demand.

Finally, there will be an impact on both the stock market and the M&A market when interest rates rise.  PE firms and other buyers currently taking advantage of inexpensive debt to fund acquisitions will not be able to bid as aggressively going forward.  Public firms will have reduced profits caused by the higher cost of money.  This will be a catalyst to reduce the current valuations.  In time this will cause a correction in the current market prices for manufacturing firms.