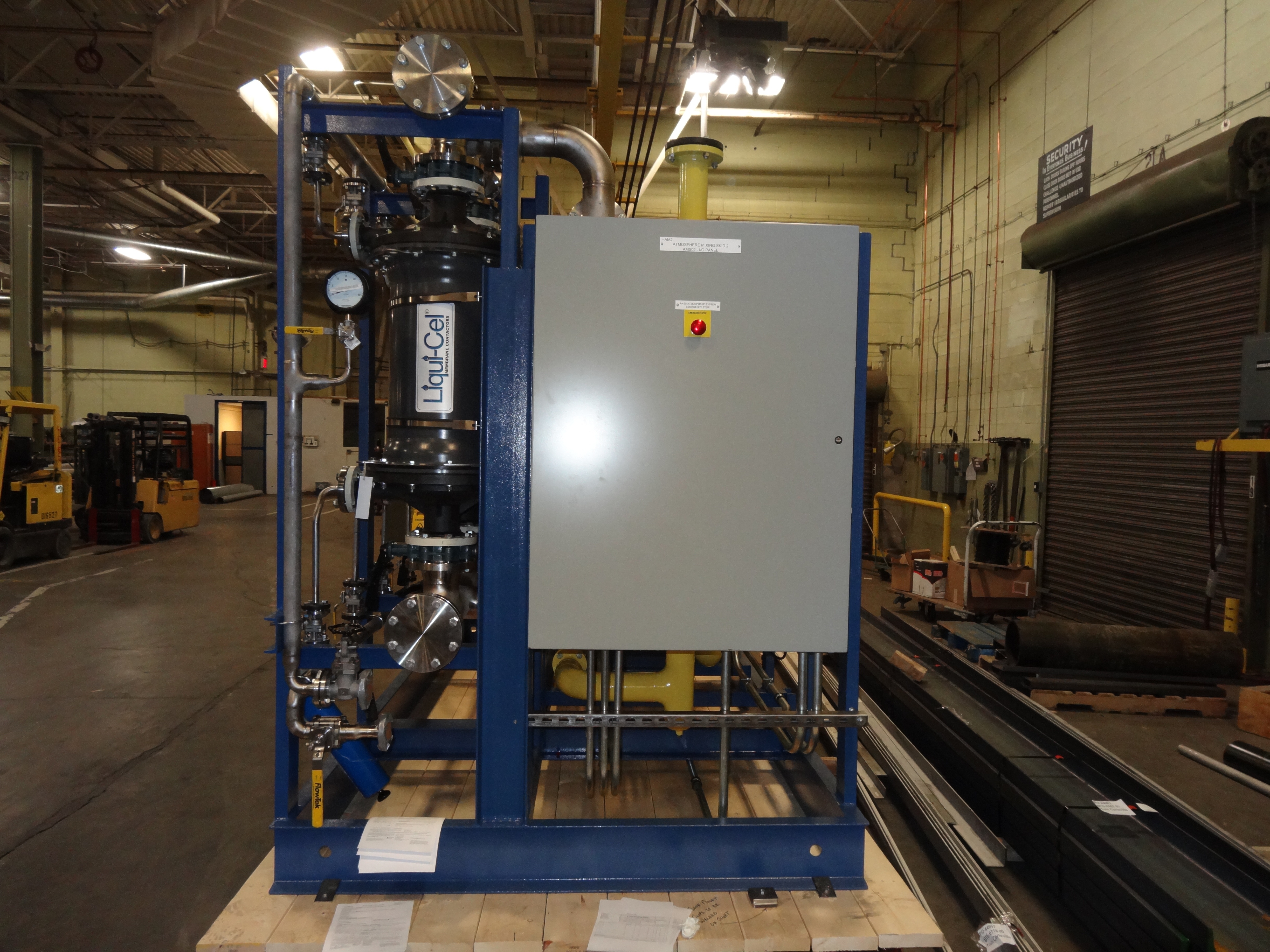 At Optimation we design and fabricate many skid systems. These systems are used by manufacturers for a broad variety of applications. Skids can be built as carts, in frames, in shipping containers or trailers. They can be built as prefab production lines units that can be bolted together to form larger systems. Physical layout can be tailored to the complexity, geography and environmental conditions the skid needs to perform in. Some are mounted indoors in factory conditions, others may ultimately be located in the arctic, or on an offshore oil platform. Applications also vary. Some are used for chemical delivery or small scale chemical processing. Others have been used for hydrogen distribution, high pressure test systems, food processing or testing medical devices. Skid systems have the advantage of being built in a shop in controlled conditions and then installed in remote or challenging locations.

Almost all skid systems require either control, data monitoring or both. Skids located remotely or those used for mobile applications have traditionally been a challenge to integrate into an operational control system or database. Historically, these systems became part of a SCADA system. Communication took place over phone lines or point-to-point radio. Transmission rates were slow and data packets were small. In many cases, the data was for trending or alarming purposes only. Because of slow response from the remote location, any control was typically carried out at the remote site.

With the development of cloud based systems came a variety of alternate communication paths. It became possible to communicate with the remote systems by cellular, wireless, satellite or broadband connections. Larger data files could be transmitted bidirectionally and large volumes of data could be transmitted. Today, the Industrial Internet of Things (IIoT) functionality makes it possible to take full advantage of cloud-based data, even when the remote systems are traveling through different locations, and over time, it may be connecting to the supervisory system by way of different transmission paths.

The number of IIoT-enabled devices continues to grow. The power of remote data monitoring continues to grow as well. Unlike sensors in traditional SCADA, IIoT sensors can be geographically dispersed with no inherent physical limits. Skids, in whatever form or format, in almost any physical location, can be tightly integrated in the process or operation they are a part of. Complex analytics, powered by ever improving artificial intelligence, can enable sophisticated control of these units.

Already it is estimated that sensor based systems, operating from remote locations, are connected to systems in over 100 countries. IIoT will enable this to expand rapidly over the next decade. Developing, designing, fabricating and installing skid based systems will increase. As this happens more sophisticated controls for operations will be provided by new technologies enabled by IIoT. And as this happens Optimation will be on the leading edge of these implementations.