Reflections on a Year of Change – One Year as ReBuilders

Reflections on a Year as a ReBuilder

A year ago, Optimation Technology became part of Re:Build Manufacturing. As the name implies, their goal is to rebuild America’s manufacturing base by creating meaningful and sustainable jobs in areas that have been deindustrialized over the past 20-30 years. Optimation was founded with a passion for building U.S. manufacturing. Becoming part of something bigger than ourselves with even larger dreams and goals was exciting for us. This anniversary gives me a reason to reflect on the past year.

It has been a year with a lot of change.  The changes were often things we have wanted to do but weren’t able to do on our own. The largest change has been growth. Re:Build Manufacturing has the goal of making a meaningful impact on rebuilding American manufacturing. To succeed at that means we need to be much larger. The way this will happen at Re:Build Manufacturing is explained well by the Chairman, and former Amazon CEO of Worldwide Consumer, Jeff Wilke.

“I think some of the private equity funds have become accustomed to buying manufacturing companies and polishing them for a couple years and then flipping them.  I don’t think we’re going to rebuild manufacturing with that mob.  This is why we set up our company as an evergreen company.  We expect it to last a long time. We don’t buy companies with a plan to sell them, we buy them with a plan to integrate them. We want to build a large American, and I’ll use this word conglomerate, even though it became a bad word, but I think we want to get back to a point where there’s a premium for aggregating and successfully encouraging collaboration among all of the engineering disciplines in a large manufacturing firm that’s going to have a balance sheet too.” – from Khosla Ventures podcast Instigators of Change. Listen to the full podcast here: https://www.instigatorsofchange.com/1932889/11430390-jeff-wilke-from-amazon-exec-to-rebuilding-american-manufacturing 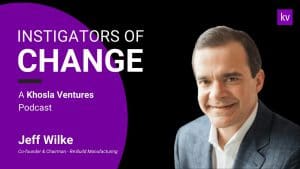 The need for rebuilding and growing American manufacturing become clearer during the COVID-19 pandemic. Recent supply chain issues have pointed out even more clearly the shortcomings of America’s present reliance on offshore manufacturing. Offshoring has become a national security issue in many cases.  So, during the past year, we’ve taken on the task of growing Optimation as our part in growing Re:Build Manufacturing. During the past year we focused heavily on growth.

With strong sales from the Optimation sales team, as well as the Re:Build Manufacturing sales team, we were able to grow our client base and in turn to hire aggressively to meet the new engineering and trade needs. We averaged a new employee nearly every week. Since Re:Build is looking at the long term, they improved our benefits structure including the vacation, insurance, and 401K plans. Recruiting staff was easier than it had been with these added benefits. While making many changes, they allowed us to maintain the elements of our own work culture that kept it a challenging, productive, and rewarding place to work.

Re:Build Manufacturing enabled us to be better funded than in the past with a larger budget for capital equipment.  This meant new computers, new tools, and new vehicles. We’ve expanded our manufacturing space by another 40,000 square feet. We gained increased capability and capability because of the member companies that Re:Build has purchased along with us (and continues to look for other opportunities to add to our network). Collectively we can now take on larger and more diverse projects. At the same time, we are learning how to operate leaner. We’ve developed energy and momentum and are focused on a higher set of goals. Together we are taking on projects we could never have taken on alone. 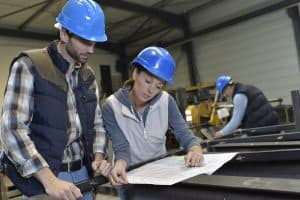 For the long term, to achieve what we want to achieve, we need to work as a single company, and this means changes in operations and branding. During an acquisition these changes are often necessary.  To build a fully functional Re:Build Manufacturing infrastructure they are essential. At Optimation we’ve made acquisitions in the past and understand the necessity. These changes are underway now. Have there been bumps or missteps along the way?  Of course. An undertaking as significant as this requires risk taking and trying things that have never been tried before. Throughout this year of change and growth Re:Build management has been effective in the leading the change process.  They have demonstrated an ability to listen and learn from each of the companies that they are bringing together. Sometimes things have been tried that didn’t work as well as hoped and we have made course corrections to improve the results. We are guided by a set of 16 principals called the Re:Build Way. These principals spell out a solid base for success. The Re:Build vision is clear. A solid foundation is being established.  Optimation will be one of the stones in the foundation building toward a future success. In time, Re:Build Manufacturing will become a household name and will have a major impact on bringing manufacturing back to the United States. We will be proud to be a small part in this. The past year has validated the vision and the path. 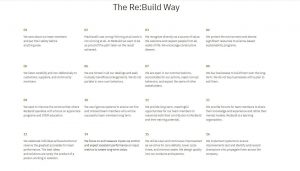 If you are interested in working with us in our venture to bring manufacturing back to the United States, contact us.