With Halloween here (ALREADY!), I thought it would be fun to ask folks at Optimation about their scary project stories. And each person shared their own perspective on how they’ve been spooked, scared, and creeped out on projects. Check out these fun reads below: 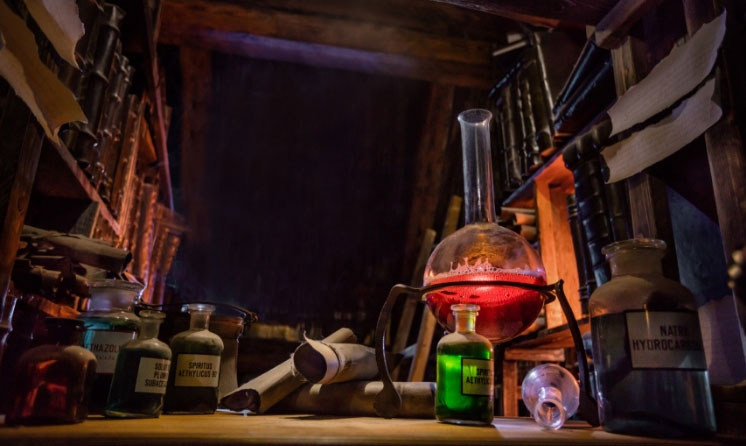 As systems integrators we design and build equipment and systems to meet specifications provided by our clients and to meet the needs they define.  We don’t own the products, the formulations or the technology of manufacturing them.  Our role is to build systems that will meet the functionality they define.  Some of our clients are entrepreneurial companies who want to build their system for the first time or to scale up processes they have only run in a laboratory scale.

Over the years we have done thousands of projects for hundreds of clients.  And some are pretty scary. We deal with toxic chemicals, explosive chemicals, high pressures, and hazards of many types.  In each situation there is usually a way to design in safety and reduce the risk.  These projects are scary, but not necessary the most challenging or the scariest.

The largest fear is what we should do when a client brings us a design to build that we realize won’t work.  We may not know their entire process but sometimes elements of the process reveal flaws.

A number of the concepts that came in over the years came from motivated inventors who believed they had designed a highly efficient energy cycle.  A simple heat mass balance shows that there is a flaw in their concept. The simple thing for us to do would be to decline the opportunity. The more intellectually honest approach would be to spend enough time to explain and convince the inventor of the flaw in the concept.

This is usually something they don’t want to hear or believe.  Convincing them of the truth can be very difficult.  Taking their money would be easy, but wrong.  We try to plan for those confrontational meetings.  But taking on a determined inventor and convincing them that they are wrong is a scary proposition.

We once had a site visit at a pickling plant, where we were called in to investigate why the back end of the plant blew up.

They paid us to investigate and report our findings to them. The main reason we reported on was that during the pickling operation, H2 gas is generated so fast, and the act of shoveling steel bead shot (from sandblasting operation) into the tank created static electricity from the falling solids. We believe that created a spark between the particles as it fell down into the liquid, and ignited the gas, and the flamefront traveled down to the end of the tank and blew up the end of the tank, building, and scrubber.

The only good news in this whole story is nobody got hurt……………….but oooooooh – very, very spooky. 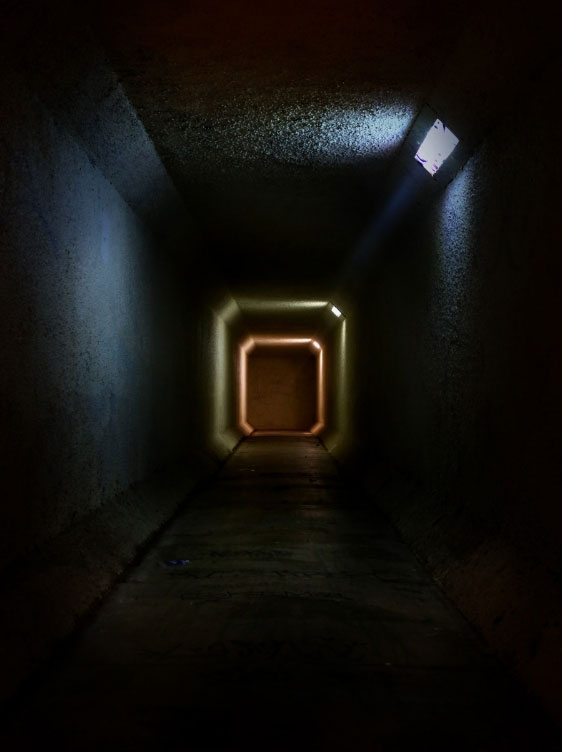 I had not thought much about testing the vendor’s light lock enclosures at the end of October.  The fact that the shop completion coincided with Halloween was simply a coincidence, right?  I might have been forewarned when the test method began to take form.

You see, the light locks had to be absolutely light tight, letting no ambient light whatsoever into the process areas.  So, as our design team began to discuss how to measure the performance of the sheet metal panels in this regard, the only way we could conceive of was to put someone inside the assembled enclosure and let them inspect the narrow tunnels manually for light leaks, using the naked eye as the instrument to detect the presence of light.  As our team stood around, looking at each other, and waiting for someone to volunteer, it came to me to step up and agree to be enclosed inside to do the inspecting.

So, I crouched low inside the sheet metal closet while the last panel was bolted into place. As the assembly was being completed, I would talk in a loud voice and tap a specific joint that needed tightening.  All of the panels had rubber gaskets that were designed to compress and thus block the outside light from entering the tunnel.

People use the expression, “so dark, you can’t see your hand in front of your face”.  How true this is when there is no light present.  I tried it…I couldn’t tell whether my hand was an inch from my nose, or a foot, except by muscle memory.  I closed my eyes for 30 seconds, counting slowly, then opened them.  No difference in the shade of the inky darkness.  None of the interior features of the assembly were visible.  I began to conduct my inspection, using my recollection of the layout of the tunnel (which was roughly the shape of a Z), feeling my way from section to section.  Since we were conducting the acceptance on the vendor’s shop floor, I was not expecting anything untoward.

Suddenly, I felt something brush against my ankle.  In a panic, I tried to stand up, only to bump my head on top of the enclosure (luckily, I was wearing my bump cap).  As I rapidly crawled backward, caroming off of one side wall of the enclosure, I felt whatever it was slither across my calf.  In a near panic, I tried to imagine what could be inside the enclosure with me.  My mind went right to a snake (shades of Indiana Jones!), but how could that be possible?  As I tried to avoid panic and scream, I calmed down enough to remember I had brought a flashlight into the light lock with me.  I fumbled hurriedly, retrieved the flashlight out of my pocket, turned it on (WOW, that’s BRIGHT…) and aimed it down towards my feet.  To my chagrin, I noticed a short piece of the gasket material that was pinched and hanging right at ankle height into the enclosure.  So much for the childish idea of a snake in the light lock…

No one ever asked me why I banged around inside the light lock.  But after I completed the inspection and escaped, I did suggest we take turns doing subsequent inspections.  In thinking back, I have often wondered if the hanging gasket was simply an assembly mistake, or a Halloween prank? 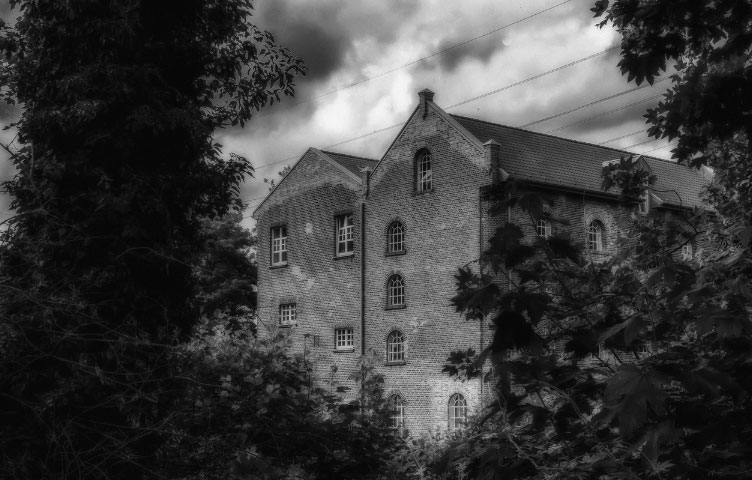 The cavernous turn-of- the century building was quiet and lonely. Red brick heights grimy and obsolete. A dull vibrancy lingers, the echo of endless routine.  Narrow concrete stairways lead to hidden mezzanines and recovery pits. Modern equipment and controls fitted to a lone machine among rows of abandoned manufacturing. Muted sunlight penetrates the high bay windows. In the silence, a feeling of ancient alchemy surrounds. Startling discoveries now mundane and antiquated. Basic chemistry and physics carried out in steel, rubber, and glass; applied by hoppers and rollers and ducts.

Huge palmetto bugs and silverfish rule the basement under the leaking pumps, under the tangle of pipes conveying power and steam, solvent and brine.  Delivery lines carry dope to the polished wheel; carry subs and dyes and emulsions to layer the web. Pulled through the length of the machine to emerge in the windup as film base.

To emerge to the bustle of 1930’s production. To the ringing of the “High Nitrates” alarm, ignored for its questionable value in the ring of commerce. To the blast that hurled six men through the east wall into the stark night alley. To the pain of the shift foreman who repaid those six lives with his own. To the quiet loneliness of time undisturbed.