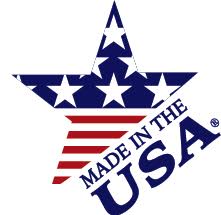 It’s National Manufacturing Week.  In the United States we’ve been celebrating National Manufacturing Week the second week in October for the last decade.  It’s a celebration of our national manufacturing success and expansion.  During these same years our national manufacturing capability and production has been declining year by year.  With the decline in output has been an even larger decline in manufacturing employment.  One of the regrettable parts of this is that the off offshoring of plants and jobs was voluntary.  Manufacturers put short term profits in front of long-term stability and national security.  Much of this became very evident during the recent pandemic when critical pharmaceutical and medical products and other commodities became in short supply.  It was further amplified more recently with the supply chain delays and cost escalations.  All of this has led to a call to action.  We need to rebuild American manufacturing.   There are several organizations leading the charge.  There are government initiatives and incentives in place as well.  There are initiatives at both the federal level and in almost every state to promote the industrial trades and to help fund apprentice programs to train the skilled workers we need for this initiative.

A leading advocate for the return of American Manufacturing is Harry Moser.  Harry heads the Reshoring Initiative.  He’s also a member of the Industry Week’s Manufacturing Hall of Fame.  Harry has been promoting reshoring aggressively for 13 years.  He recently gave testimony to congress on reshoring and highlighted some of the areas where there are better opportunities for domestic manufacturers to be competitive and successful.  These include products that have Low labor content, High freight costs, domestic supply chain gaps, 25% import tariffs, frequent design changes, volatile demand, or significant IP in the product.  You can read more about what Harry is doing and find ways to support it at https://reshorenow.org/.

Other organizations engaged in the effort are the Coalition for a Prosperous America (CPA) and Made in America.org.  The CPA  https://prosperousamerica.org/about/  believes that “America can provide good jobs for workers, affordable goods for consumers, opportunities for farms and manufacturers and a clean environment without compromising our national sovereignty and security.”  They spend time and effort in publicity and in lobbying government entities on trade policy and manufacturing policy.  They believe that a positive U.S. trade policy can deliver prosperity and security to America, its citizens, farms, factories and working people.

Made in America believes that “At no time in our history has “MADE IN AMERICA” been more important to the health and stability of our country, communities, and families than now.”  Their focus to promote American products and to help consumers find these products as an alternate to imported products.  https://madeinamerica.org/

At Re:Build Optimation we are a part of this initiative as well.  https://www.optimation.us  It has long been our passion to help sustain and rebuild domestic manufacturing where we could.  Last year we became part of Re:Build Manufacturing, LLC, a company dedicated to “rebuilding America’s manufacturing base and creating meaningful, sustainable jobs in areas that have been deindustrialized over the past 20-30 years.”  https://www.rebuildmanufacturing.com/  Re:Build Manufacturing is growing rapidly as it supports this vision.  It is well funded by individuals who believe in the vision and staffed by a management team who support this effort.  Building, rebuilding, and expanding plants in the US will allow for better quality, lower prices and more reliable and faster delivery.  Re:Build Manufacturing is growing rapidly but there plenty of room for those who want to join us in the effort.  We are always happy to talk to anyone who wants to be part of the initiative.  We are hiring engineers in nearly every discipline at Re:Build companies in locations all over the United States, and skilled tradesmen at many of our sites.  Individuals with a passion to rebuild domestic manufacturing should join our team.

It’s National Manufacturing Week.  Let’s take this week as a renewed call to action to make American manufacturing what it has historically been, a world leader in making products for American consumers.