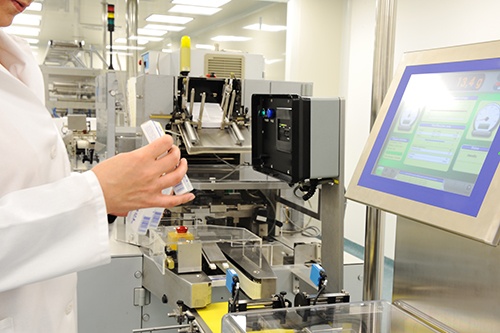 For the past decade and more there has been steady progress toward greater and greater use of advanced automation in manufacturing. While Manufacturing 4.0 and the Internet of Things are new in their implementation, they were preceded by continuing and steady improvements in process control systems, SCADA and historians which have been in place for decades. Capturing process and product data from the plant floor and using analysis techniques such as SPC has been the manufacturing model for decades.  One of the challenges has been dealing with the massive amount of data available to use, storing, analyzing, and using the results to meaningfully improve quality and throughput.

When I began my career as a control systems engineer it was a different era. High tech manufacturing plants controlled most of their processes using pneumatic control systems. Controllers were built out of an assembly of bellows, baffles, orifices and springs. Pneumatic air lines fed pressures representing physical parameters such as pressure, temperature and flow from the production line to the control room and the responding output from the controller back to a diaphragm on the regulating control valve. Response times were slow. Data that was collected was charted on large round green and white charts, with perhaps three or four variables per chart.  Analytics in those days consisted of an engineer sitting at his desk days or weeks later, studying the big round charts filled with squiggly blurred lines, making an interpretation, adjusting the set points and taking more data to be reviewed once again.

When we look at adaptive analytics as they are being applied to manufacturing plants in 2017, there isn’t even a way to compare. In the past half century, we have gone from stone age to space age, or in the 1960s analogy, from the Flintstones to the Jetsons.

From the old pneumatic days, we moved into an era of binders filled with reports with green and white striped and from there to data sets and spread sheets to interact, adjust and interpret. We now have big data. Cloud computing and apps on mobile devices so we can watch production from almost anywhere. But some old habits are slow to die. In today’s manufacturing plants the sensors are faster, less expensive and more comprehensive; the software is better, and more data is available. But for many the human interface remains unchanged. With more data it has just taken longer to review and make meaningful decisions.

We see all of this changing in the near future. We are seeing increased use of real-time analytics.  While analysis of data from the past still has value, it is the analysis and insight to what is transpiring right now in each manufacturing operation that is taking precedence. And because data is now available to production and operations staff it is up to these decision makers to learn how to review, understand and utilize this data. But even in this case traditional methodology ends with a human decision. The true value of real-time analytics is allowing functionality for this decision making to be carried out by online computing using artificial intelligence and rapid decision-making done in real time and only monitored by a human rather than controlled by one.  That is the part of real-time analytics that is now coming of age and we see this capability spread to more manufacturing plants in the United states and around the world.