Manufacturing in 2017 – Reshoring, Newshoring and Nearshoring 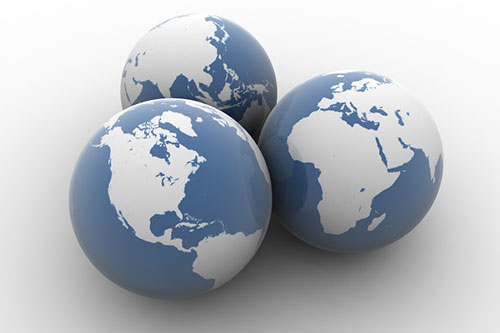 When we are dealing with technical issues we often like to revert to TLMs, FLMs and RCBs.  Somehow it makes us feel more connected and in the know than others. TLMs are “three letter mnemonics,” FLMs are “four letter mnemonics,” and RCBs are “really cool buzzwords.”

To put it simply, offshoring is when you move your manufacturing, and the jobs that go with it overseas, usually to Asia. Reshoring is when you decide that didn’t work out as well as you had hoped and you move it back to America, perhaps to the United States. If you only move it to one of the other countries in the Americas, it is known as nearshoring. And companies who start up, create the plants in the US and keep all the jobs here are newshoring.

There is an increased focus and discussion about manufacturing jobs in the US because of the recent election and the anticipated “Trump Effect.” The question on many minds is how this will actually impact the movement of manufacturing and manufacturing jobs out of or into the United States.  In recent years the offshoring of manufacturing to Asia has slowed.  This was caused for the most part by increases in labor costs in China and elsewhere, as well as the additional costs of transportation. New plants being built there by US companies are focused mostly on local markets. The trends in 2017 will be more about reshoring, newshoring and nearshoring.  There may certainly be changes in the speed or implementation of any of these caused by new US regulations and a policy of promoting US manufacturing.

The initial activity of the Trump administration has been to convince US manufacturers to keep existing plants in the United States. It has been an effort to prevent offshoring in any form, including moving plants to Mexico which has been a part of the more recent trend of nearshoring.  We have heard the outcry from Mexico on the recent decision by Ford Motor Co.’s to cancel plans to build a $1.6 billion auto manufacturing plant in San Luis Potosi.  “Trump leaves Mexico without 3,600 jobs,” read one headline. Mexican currency dropped one percent following that news.

But while Trump has promised he will not sign the TPP and will put on hold any future free trade agreements, the consensus is that, in spite of dubbing it the worst trade deal in history, he is not likely to terminate NAFTA outright.  More likely he will renegotiate NAFTA to make it more fair for the US.  It is the consensus of many that manufacturing by US firms in the Americas will be less severely impacted during the next few years than manufacturing in Asia.  It may be that many of the jobs brought back from Asia will not actually be in the US.  Both reshoring and nearshoring initiatives look likely to be top priorities of the Trump administration.  Many think that the new administration will primarily focus on reducing regulations that hinder U.S. manufacturing and restructuring the tax code to incentivize manufacturing in the United States.  Members of the team advising Trump such as Carl Icahn, Dan DiMicco and Wilbur Ross have owned and run manufacturing in a wide range of industries.  They have a clear understanding of how to revitalize U.S. manufacturing.  This will likely include part of the supply chain continuing to come other countries in the Americas.

Newshoring is a more recent trend.  Since newshoring means starting companies from scratch and running them right here in the US it may cost a little more.  But with new tax laws and rising foreign labor costs, this difference may be smaller than in the past.  Historically you could get your product cheaper overseas but there was a risk.  The advantage of newshoring is total control over the process and a reduced risk of the loss of intellectual assets.  Newshoring creates new jobs closer to home.  The newshoring trend emphasizes triangulating supply chains around centers of innovation, production and demand, and leads to the creation of new employment opportunities right here in the United States.

Only time will tell how congress and the president will implement policies that impact manufacturing trends.  And while we have a glimpse at the direction these trends may take us, it won’t be till 2018 that we’ll be able to get a clearer picture of who the winners and losers in the manufacturing sector will be.