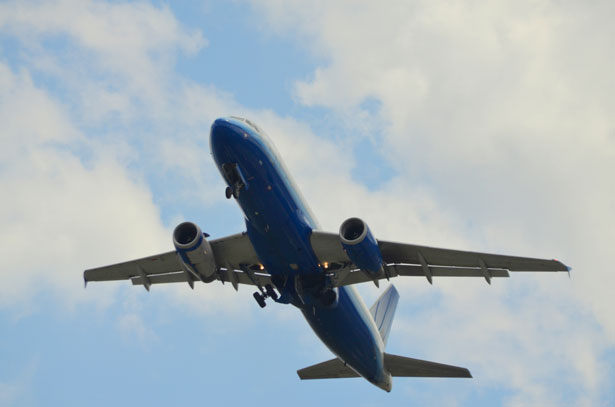 One of the big controversies that came out of the Green New Deal was the pitch to eliminate air travel in favor or other forms of transportation.  The reason given was that high speed rail or other forms of transportation could be carried out with fewer carbon emissions.  Not often discussed in the arguments in favor of, or against, the Green New Deal was the concept of continuing air travel using carbon neutral jet fuel.

Long before Alexandria Ocasio-Cortez released her draft of the Green New Deal there were governments, airlines and research groups who had taken on the challenge of making air travel carbon neutral.  Several different approaches were taken.  The most common, and promising approach was to convert other carbon neutral fuel, such as ethanol, to jet fuel.  There is a large and ready supply of ethanol made from corn and other farm products.  More recently there has been an increased interest in using ethanol from municipal or farm waste to manufacture the jet fuel.   Optimation has long been engaged in the development of systems to help convert the US and the world to a carbon neutral economy.  This includes process for production of ethanol, methanol and carbon neutral jet fuel in addition to wind power, solar power and waterpower.

In the United States the Department of Energy has been active in the area of renewable jet fuel and has carried out and sponsored active research.  In 2019 one of the DOE research partners, provided ethanol-derived jet fuel that was blended with existing jet fuel for a trans-Atlantic flight in a 747.   This first step used ethanol derived from corn.  There is nearly 15 billion gallons of ethanol currently produced in the United States.

The University of Amsterdam began a jet fuel from waste program, including a pilot scale process in March 2019.  Their goal is to use waste from tourism and hospitality to create fuel for sustained carbon neutral travel instead of fossil fuels.

JetBlue plans to use what it calls sustainably sourced jet fuel on some of its flights and buy carbon offsets to emissions from its U.S. flights starting in July 2020. JetBlue will do this by investing in environmental projects including forest conservation.

The 2020 Olympics will be in Tokyo, Japan this summer. They will attempt to use only renewable energy to power the games. Among their initiatives is fueling jet fly overs with jet fuel derived from farm waste.  Optimation was involved in this initiative and fabricated the pilot plant used in producing this jet fuel.   Optimation worked with Byogy Renewables and their partners in this initiative.  Byogy’s technological process has been developed to convert ethanol, including farm waste derived ethanol, into advanced biofuels. The ethanol is converted into a mixture of long chain hydrocarbons by catalytic synthesis. The hydrocarbons are then fractionated into renewable jet fuel and gasoline.

Till now most production of carbon neutral jet fuel from waste is done in pilot plant sized units.  The first production size units, including one using the Byogy technology, are soon to follow.  The United States through the DOE, governments in the EU, as well as Japan, will be engaged in these scale-up initiatives.  Technology development groups, including those referenced above, are looking for addition funding for their technologies.  Most of them have come to the realization that not many investors, even those working within sustainability investing, have large amounts of cash set aside for sustainable aviation fuel.   For the near-term, governments and research grants will carry the day.