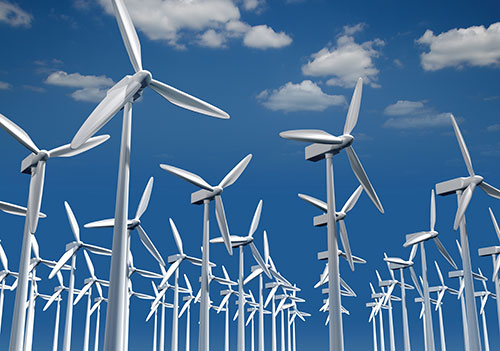 There is a lot of heated debate about everything Trump. The Trump energy policy is certainly one of the more heated parts of the debate.  From one side of the debate come Rolling Stone and the Huffington Post.  Rolling Stone ran a headline that simply said “Trump’s Energy Policy would be a Nightmare.”  The Huffington Post joined in.  As they put it, “The earth, and the US economy, needs a President who understands that going green is the single most effective domestic business plan available to him and that burning more fossil fuels, while rolling back clean air and water regulations, will turn us into Beijing or Delhi.”  Not everyone takes such a pessimistic view.  Spencer Dale, group chief economist at BP, says that “U.S. energy policies under new President Donald Trump are unlikely to have a big impact on global action to curb a rise in greenhouse gas emissions or to be a big game changer.”

All the details of the Trump administration energy policy are not known yet.  One thing we do know is that the policy will be in favor of abundant cheap energy. Cheap energy will have a huge impact on the economy and jobs. Done correctly, is does not need to have a negative impact on the environment.  Writing in Forbes, Rod Adams makes a couple of good points.  “Removing artificial barriers to development would not automatically result in a dirtier environment; quite the opposite is more likely. It’s important to understand that even industrialists have families that appreciate clean air and clean water.  From the perspective of a systems engineer, pollution is visible evidence of economic inefficiency and waste.”  He goes on to say that much of the reduction in greenhouse gas in the United States will be from added efficiencies in lighting and powered devices, rather than purely the elimination of emissions from power plants.

Another aspect of the Trump policy will be reduction in government regulations.  Regulations and other restrictions on developing new sources of energy can make fossil fuel more profitable.  At times government policies can not only drive up costs, they can also produce unintended consequences.  We all know the example of electric cars.  It is true that the car itself emits less emissions while being driven.  But it has also been shown that the CO2 created while manufacturing the car and batteries, and generating the electricity to charge the batteries, far exceeds any savings during the useful life of the car.

The Trump administration is in favor of developing abundant cheap energy to support the United States and more than we will need.  There will be more than enough to export.  Export of cheap natural gas to part of the world presently burning coal could have a large impact in the reduction of pollution there.  The Obama administration had, until now, restricted this export.

For a long time, we have had in place a proactive policy toward ethanol and its use as a fuel.  Research and production were generously underwritten with government grants and tax breaks. More recent data has shown that this may not be the wisest approach. The ethanol has caused excess damage to many engines and ethanol production has also impacted the price of food.  It consumed a large amount of public financing. Since the rules on ethanol were enacted, over a decade ago, research has shown that ethanol may be worse for air pollution than gasoline.  Many environmental groups have united in opposition to ethanol, until now unsuccessfully.

There are other aspects of energy generation, subsidies and policy that may be changed as well. Tax breaks for solar and wind farms may be reduced.  For those wishing to protect the unintended death of many birds, including bald eagles from impact with windmills this could be good news.  It has been estimated that over a billion birds die in windmill accidents annually. Hydropower and nuclear energy may be given another chance at life. The Obama policy advocated the removal of existing hydropower dams despite hydropower providing affordable, emissions-free electricity. This could be reversed.  Many parts of the world use clean nuclear energy. It has been a very long time since a new plant was built in the US. Perhaps this could change.

Where will the Trump energy policy take us? Will it lead to a nightmare or to a cleaner lower energy cost future? We will be watching.