Each for Equal: International Women’s Day 2020 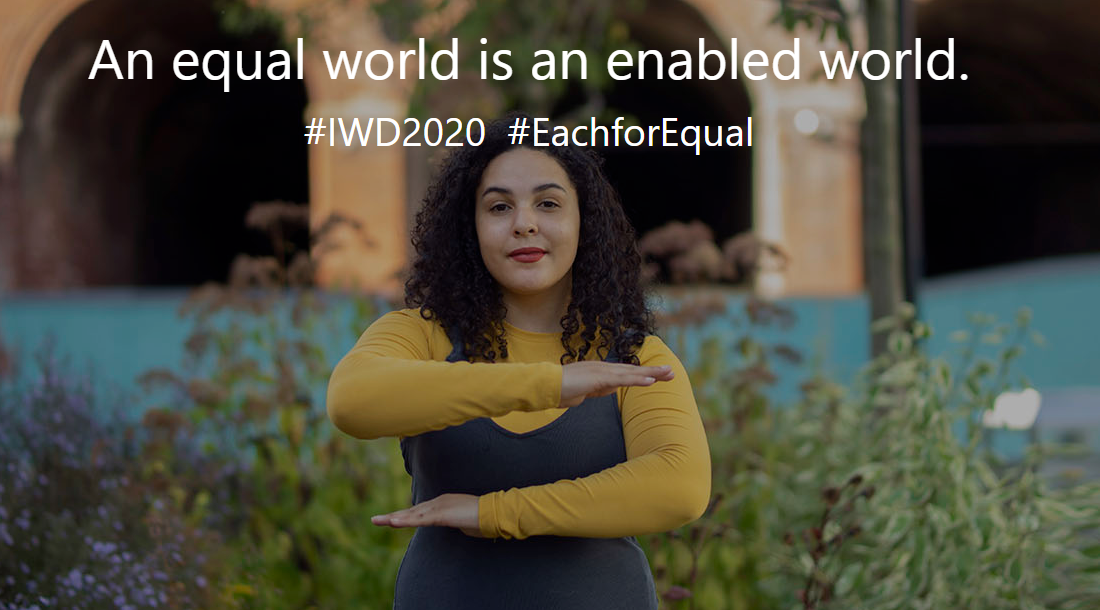 This Sunday is International Women’s Day 2020!

Congrats ladies! We should feel proud of the improvements that have been made, but also acknowledge that we still have work to do.

Despite the great strides made toward gender equality over the last century, there are still several arenas where women are underrepresented in the workforce. Currently, engineering is one of those industries. It’s not news that manufacturing needs more women in skilled and professional positions such as the skilled trades, designing and drafting, engineering and development.

Efforts have been made to increase the number of females working in STEM fields according to the Congressional Joint Economic Committee, but only 14 percent of all professionals working in the engineering are women. This number is drastically lower than the percentage of women who are part of the entire U.S. labor force as a whole.

While the fact that only 14 percent of the workforce is composed of female employees, it is a drastic increase from the only 5.8 percent in the 1980s. Though less than a quarter of engineers are female, that number has been consistently growing over the last several decades, adding many qualified women to the engineering workforce. As more women choose to pursue degrees in and enter the field, there is still much that can be done to continue to encourage this trend.

Because the number of women in the field is low, there are also few female leaders in engineering, which can make it difficult for new generations of female engineers to find mentors whom they feel they can relate to. This catch-22 is a hard one to resolve, as the best way to increase female leadership in engineering is by encouraging more women to enter the field.

This year’s theme for International Women’s Day is #EachforEqual communicating that equality is not a women’s issue, it’s an everyone issue. Let me explain.

Women’s equality can’t wait. It’s going to take everyone to think and be inclusive – all the time, everywhere.

Women need men, just as men need women. We each bring important skills and strengths to the table, which can greatly influence business and morale in such positive ways. And when men and women work together for equality, incredible things can happen.

Men play an important role in helping to mentor and advance women in manufacturing. It is necessary to have the collaborative effort to make the real changes we need.

In the words of the founders of Influential Women in Manufacturing,

“There is power in visibility – power to inspire current and future colleagues; fellow innovators; and those in our workplaces, communities and personal networks who are watching even if we don’t recognize it.”

Change comes from encouraging young women and girls to consider careers in STEM, but also by encouraging and nurturing women working in manufacturing to lead. To become operations and plant managers and subject matter experts, engineering managers, vice presidents and presidents.

This can have a real impact on a company’s profitability. According to a study by the Manufacturing Institute on women in manufacturing,

“When employees believe their organization is committed to inclusion, they report better business performance in terms of their ability to innovate. For example, companies in the MSCI World Index (a stock market index of 1,652 world stocks) with strong female leadership enjoyed both higher returns (average annual ROE of 10.1 percent versus 7.4 percent [as of September 9, 2015]) and superior average valuation (price to-book ratio of 1.76 versus 1.56) compared to companies without strong female leadership. Another analysis showed that an increase from no females in corporate leadership to 30 percent representation is associated with a 15 percent increase in net profitability.”

This doesn’t discount men or their role in mentoring and encouraging women in manufacturing, they can be a part of making that happen, by encouraging and believing in their female coworkers as leaders.

Influential Women in Manufacturing and other awards like it recognize women like our Chief Operating Officer, Wendy Smith, who are already out there, rocking their jobs and influencing the next generation. The rest of the job belongs to us.

For International Women’s Day 2020 and beyond, how will you support #EachforEqual?