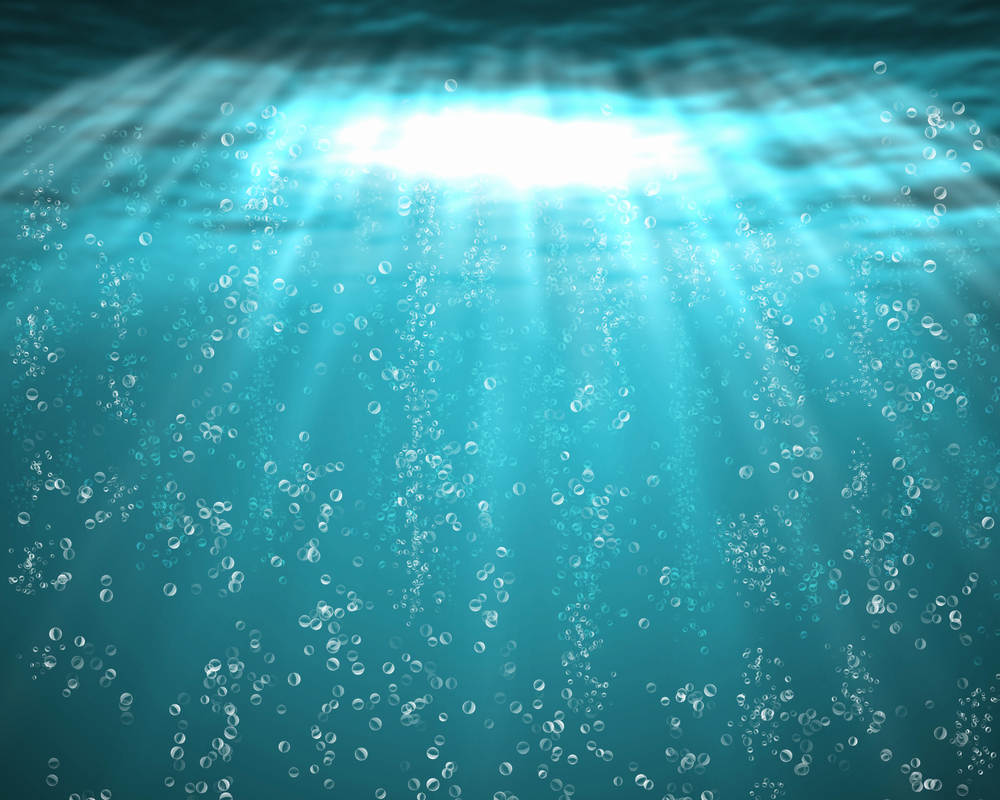 For those of you who believe your data really resides in a cloud, I’m about to burst your bubble. Did you know that 99 percent of the data traffic that is crossing oceans is carried by undersea cables? Yep – that’s right. For those of you that think Amazon, Microsoft, Dell, Google, IBM, & Alibaba are the data traffic kings, think again (although they may help fund the majority of these cables).

The fact that we route internet traffic through the ocean — amidst deep-sea creatures, hydro-thermal vents, and violent hurricanes — runs counter to most people’s imaginings of the internet. Didn’t we develop satellites and WIFI to transmit signals through the air? Haven’t we moved to the cloud? Undersea cable systems sound like a thing of the past.

Well it’s not. The reality is that the cloud lives under the ocean.

This includes internet usage, phone calls and text messages. Cables are laid on the sea bed between land-based stations to carry data and telecommunications across oceans. Undersea cables are easy to forget, since they are out of sight out of mind, but the world as we know it would cease to exist without them.

Check out a video on how they are installed here.

The first trans-Atlantic cable was completed in 1858 to connect the United States and Britain. Queen Victoria commemorated the occasion with a message to President James Buchanan that took 16 hours to transmit.

As of today, there are close to 400 active undersea cables, which are each no wider than a soda can in diameter. It takes years of exploration, billions of dollars and massive ships to lay these cables across the Atlantic and Pacific oceans, some parts being as deep as Mount Everest is tall, if not even deeper! Over the last 4 years and additional 100 new cables have been laid or planned. Although, it is difficult to pinpoint the reason why undersea cables are doubling in size every two years, the fact of the matter is that they are.

We sure have come a long way from Samuel Morse’s 1838 demo of the electric telegraph, transmitting a short simple message thru 2 miles of wire coiled up in a factory house. Fast forward to today and you see a huge jump in both speed and qty of data sent. An article by Tech Jury in March 2019 estimates that by 2020, there will be around 40 zettabytes of data moving around the globe (that’s 40 with 21 zeroes after it, give or take a few billion terabytes – you get the picture). 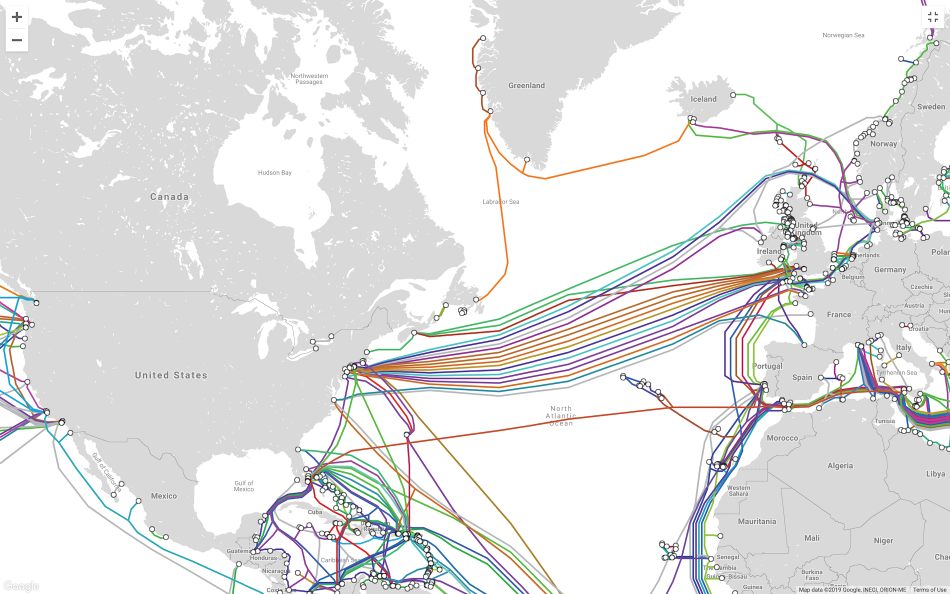 Recently, at Optimation we have started working on a project with a client helping to provide a new pressure test system for undersea cable components needed for new cable communication install projects. This system can also be used to test and certify components of existing systems, where equipment is older and in need of more frequent maintenance, replacement due to failure, or parts obsoleted.

Optimation technical disciplines involved include process mechanical, electrical, instrumentation, and software to design all phases of the project, including shop testing and site installation design.

Fabricators will assemble all equipment in subassemblies, erect in the shop area, and assist the designers during shop testing and FAT. Once all equipment and software has been tested to satisfaction, the entire assembly will be disassembled, crated, and shipped to the client’s site for installation.

Journeyman trade mechanics will then travel to the site to install and startup the system so the equipment duplicates the operation that was successfully tested at our shop. When preliminary site testing has completed, the Optimation software team will then follow the install team and commission the new test equipment, verifying that all functionality that was provided and working at the Optimation shop is working at the client’s site. Other tests that could not be run at our shop, such as connection with client’s IT systems, data collection, and leak detection/alarm systems, will also be performed so the new equipment is fully integrated with the client’s facility.

There is a plan to have a software maintenance screen that monitors the critical equipment of this test system to give the client early warning when parts begin to wear and come to the end of their useful life.  Using this predictive maintenance philosophy (also known as reliability-centered maintenance), critical variables will be shown on a separate software screen to monitor the health and operation of key equipment and high-cycle components.  Knowing when to replace a part prior to failure improves operational efficiency, safety, and reduces the possibility of an unplanned shutdown in the middle of an important test.

Optimation has already designed, tested, and installed systems like this in the oil and gas industry, the aerospace industry, automotive industry, and we look forward to expanding into the undersea cable industry.

Welcoming the new challenge and branching out to a new industry, we are excited to build a safe, accurate, and robust test system for our client that will certify their products slated for installation in the crushing pressures of deep water, and we look forward to helping them and their customers test their components with confidence, as they look to install their products in the harshest of environments, and maintain reliable operation in the oceans of the world.

We love high pressure and the challenges that this new industry brings to us, so stay tuned as this project gets underway! 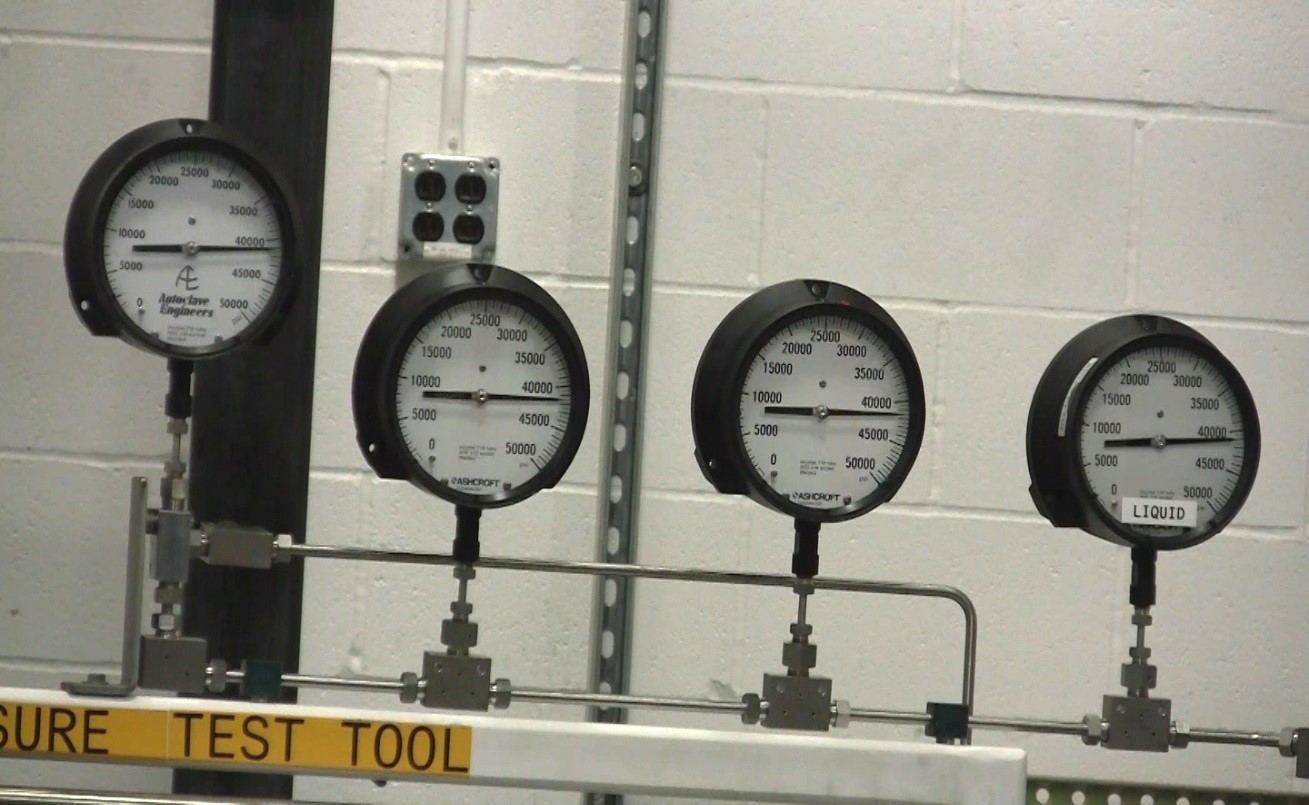 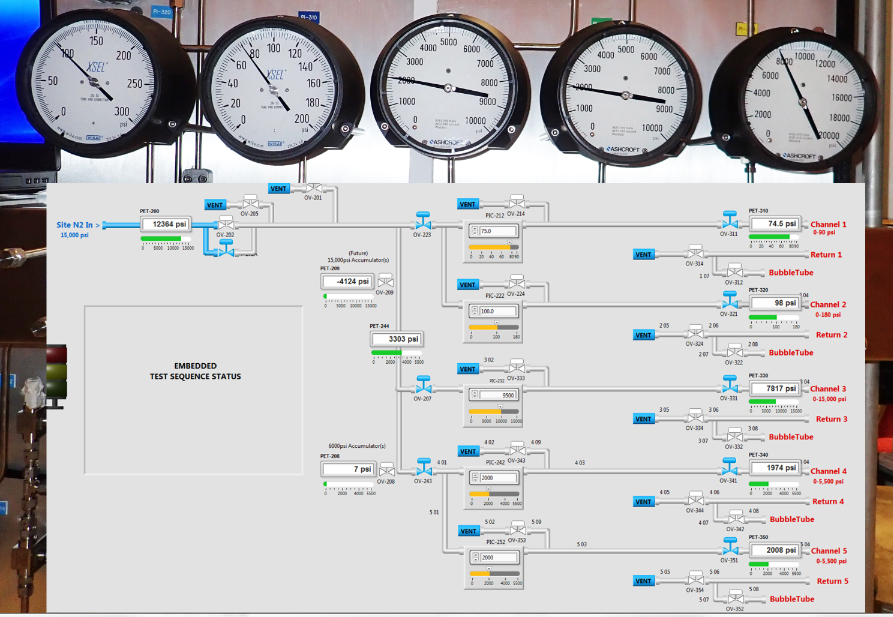