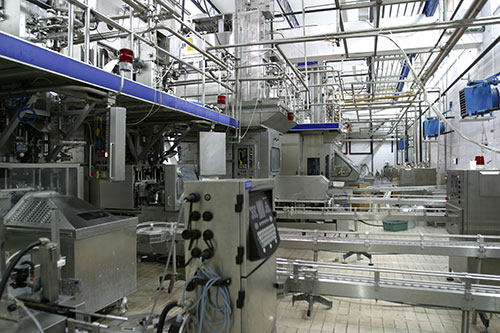 In a quote attributed to Warren Bennis over a decade ago, it was stated that “The factory of the future will have only two employees, a man and a dog. The man will be there to feed the dog. The dog will be there to keep the man from touching any of the equipment.”  Perhaps the future he visualized is very near.

As we look at trends to continue in manufacturing for 2017 one of the never ceasing drives taking place is implementation of higher levels of automation. The rational is, of course, that more automation means less labor and lower labor costs. And lower labor costs can make US manufacturing plants more competitive with others around the world where labor is cheap.  The ultimate goal is the lights out factory where full automation means that no production operators are required. And of course you will need that watchdog to make sure no one is even tempted to touch the machines.

There has been a series of industrial revolutions which took place in different civilizations for thousands of years. Each has brought increased levels of automation and increases in productivity. If we look a long way back, we can examine one of the earliest ones in the old kingdom of ancient Egypt. To build the pyramids, thousands of farmers were conscripted to form a construction labor force. This in turn forced the remaining farmers to improve their processes so that less than half the number of farm workers could produce the same amount of food. The construction workers were successful in quarrying rock and building the pyramids.   The remaining farmers were also successful in growing enough food to feed themselves and their own families as well as the construction crews. Once the pyramids were done there was no place on the farm for the excess workers and they moved on to more creative roles in ship building, language, arts and technical advances.

The industrial revolution brought about similar changes.  We’ve seen modern advances in farming as well.  In American history we have gone from 40 percent of the population being on the farm to less than two percent producing all the food. The displaced workers once again went on to other careers. Through the course of human history technology has in fact displaced workers in some jobs. Displaced workers have always been able to move to a different, and in most cases, higher valued role or profession. I believe that history will repeat itself again. As the latest advances in automation reduce the number of factory jobs, advances in technology will also create a need for workers in other areas. We have seen the growth of companies like Apple, Microsoft, Google and Amazon. A very fast growing sector is medicine.  Better technology has led to new treatments and medication and in turn more nurses and technicians to administer them. New advances in cancer treatment have made it so complex that it takes full teams of trained experts to administer. As we live longer this is amplified. Automation in other areas frees up people to pursue these careers and fill these needs. Automation may have short term negative impact, but in the larger perspective it will create more jobs and better jobs.  Our lives will be enriched.